Welcome to the Wanted section! This is essentially a list of any items I am looking for that feature Mega Audino. At this time, I am only interested in collecting its normal form–not Shiny.

Of course… there really isn’t much that DOES feature Mega Audino. To be honest, if I don’t have it, I’d like to. If I don’t have something listed that you know about and/or are interested in selling me, please let me know! You can fill out the form over on the contact page or I list some other ways further down below.

As for Custom stuff, I’m open to pretty much anything (I would say the only thing I do not have too much interest in are prints–but I do like stickers and other versions of art like bookmarks, keychains, canvas’, etc.). And no interest at all in anything that has an 18+ rating) with plushies being my favorite. I also think it’d be a fun project to get Mega Audino stuff in the designs of various campaign merch like the rements and certain plush styles (IE: Pokemon Time, Its Demo, Canvas, etc.) or even special holiday versions–maybe even a Mega Audino version of the Audino Christmas plush.* Just many goals I’d like to do at some point!

But yes, Onto Official Merchandise Wants!:

To start, any Mega Audino Settei/Cels there may be.

Mega Audino has been featured in the following Animated features:

So I would gladly take anything involving Mega Audino from the above. If you know of something from the Anime (or a Pokemon commercial) that featured Mega Audino and is not listed above, please let me know so I can add it!

Any (or maybe one of each) variant 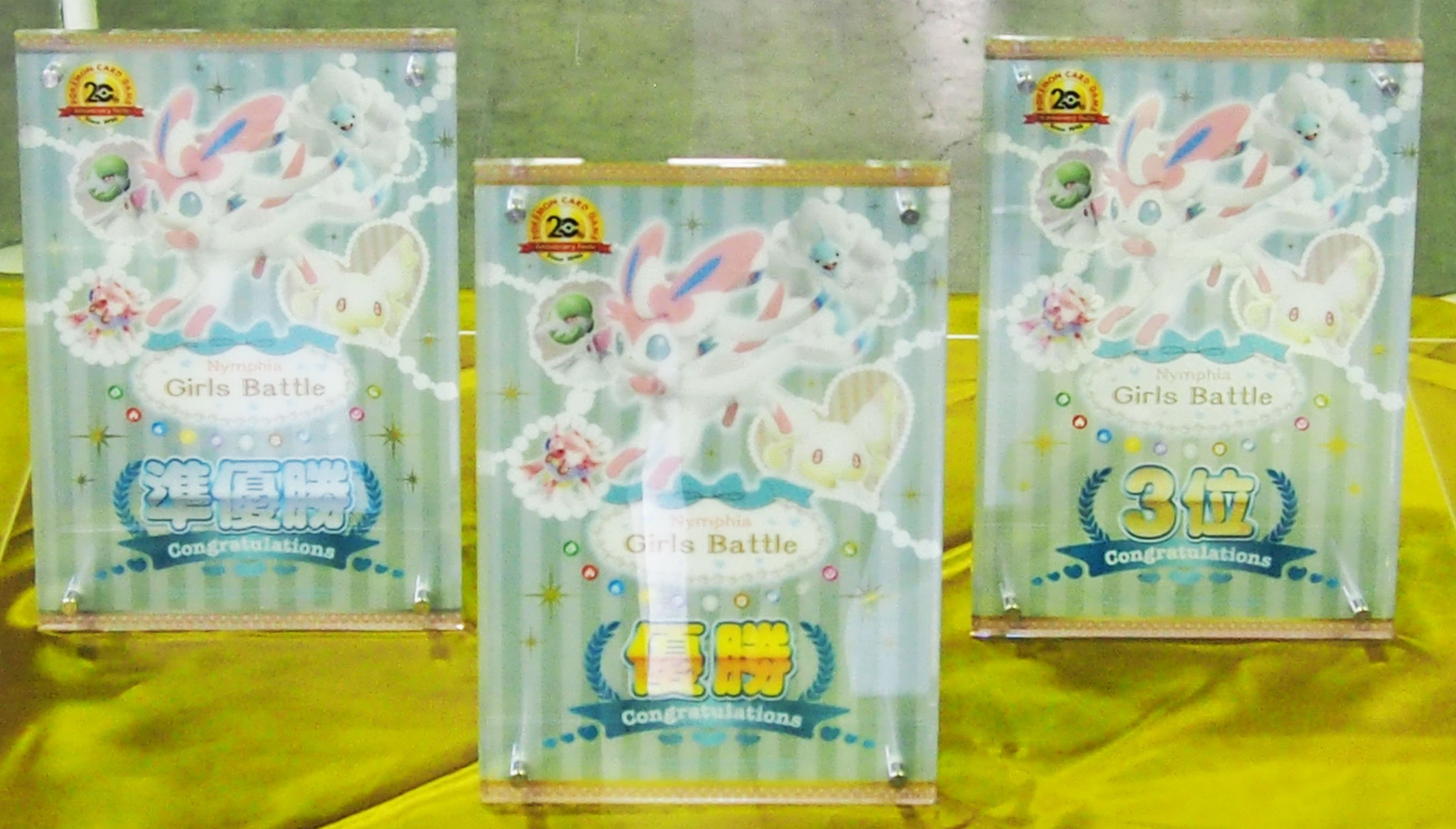 These Shields/Trophies were given out to 1st, 2nd, and 3rd place winners respectively in the latter of the 2016 matches and in the 2017 matches for the Nymphia Girls Battle competition held in Japan. If you or you know someone who would be interested in selling, please let me know! 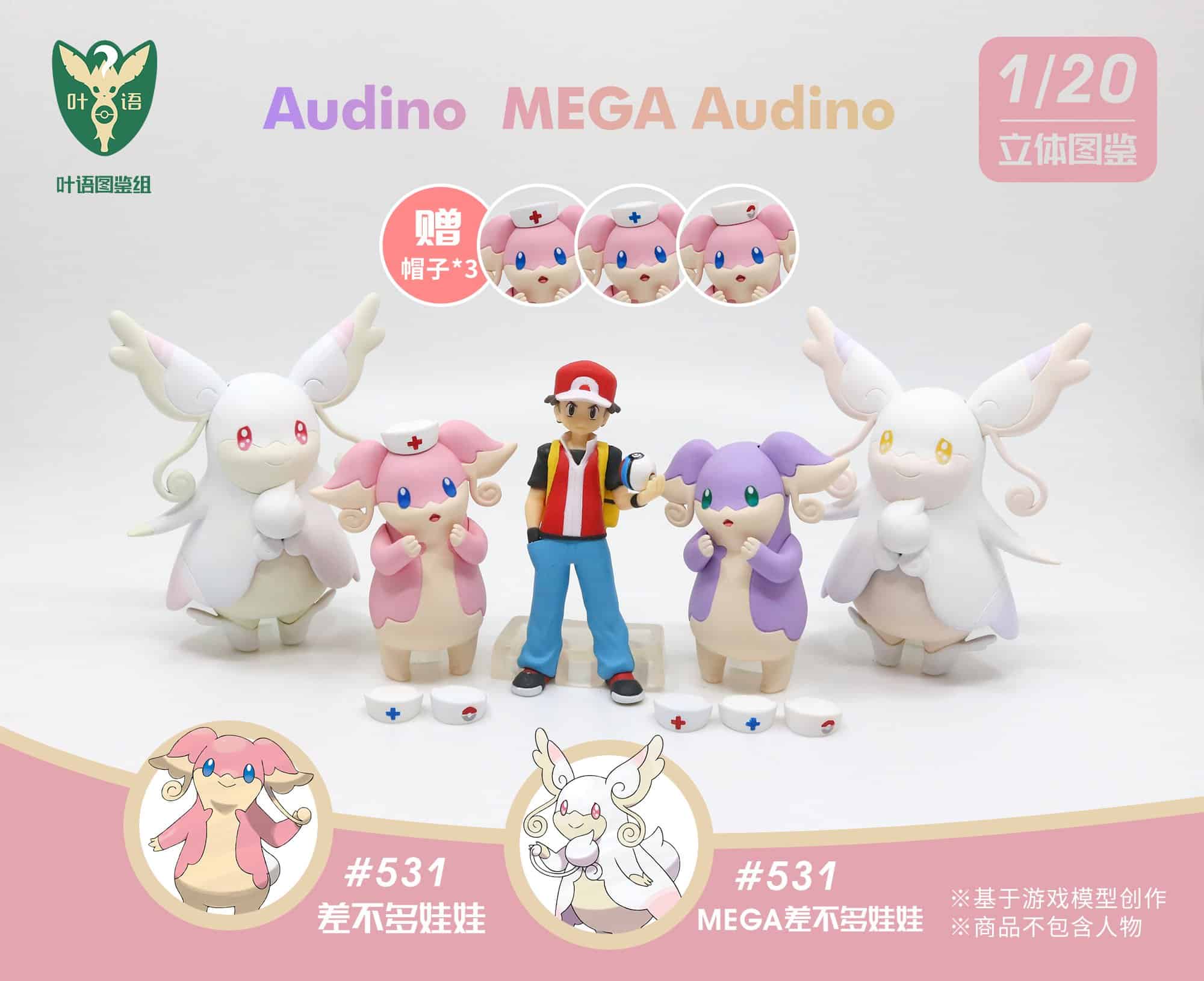 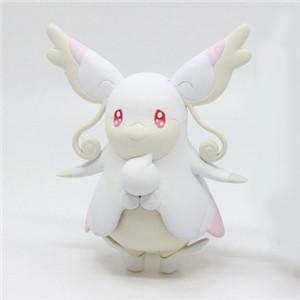 These Scale World figures for Mega Audino and Audino were announced in Summer 2020 and due to numerous [understandable] delays kept having their release pushed back until they were apparently canceled earlier this week (including my own preorder) due to various issues with the factory that was making it. Everything was destroyed and I’m pretty heartbroken about it, but obviously there were promotional pictures made, so I’m looking for the Promotional versions of either just REGULAR Mega Audino OR the REGULAR set of Mega Audino and Audino with the nurse hats. I have no interest in the shiny versions. Similarly, if any did survive the wreckage, please let me know. 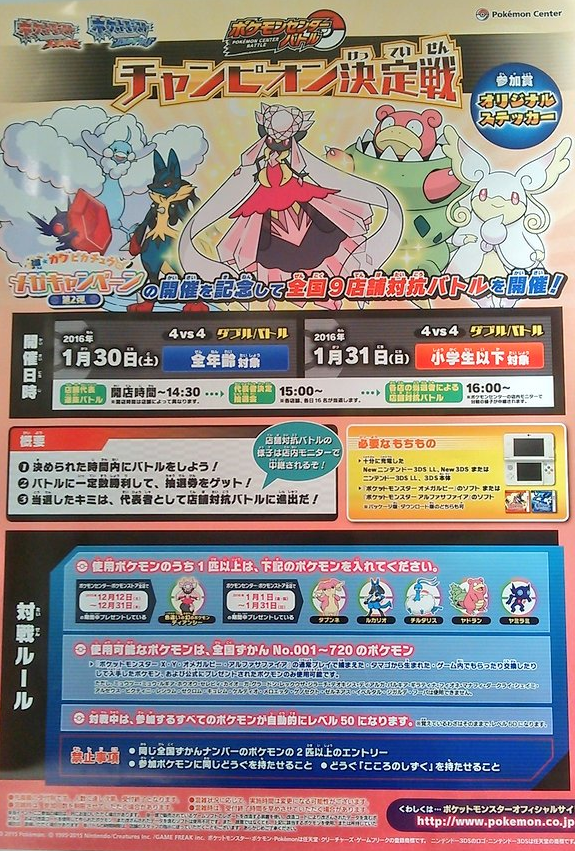 Campaign Flyer for the Downloadable Pokemon 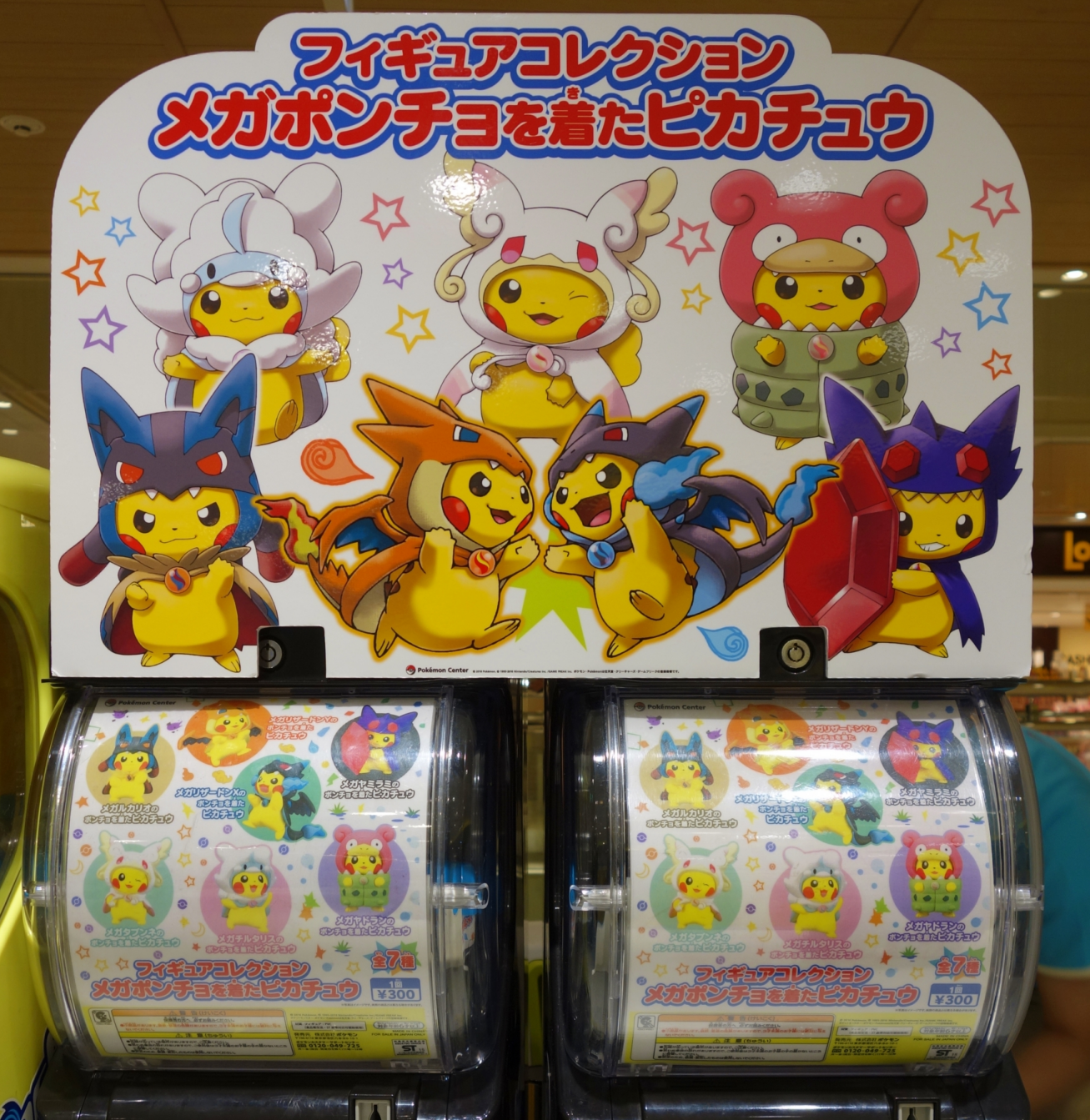 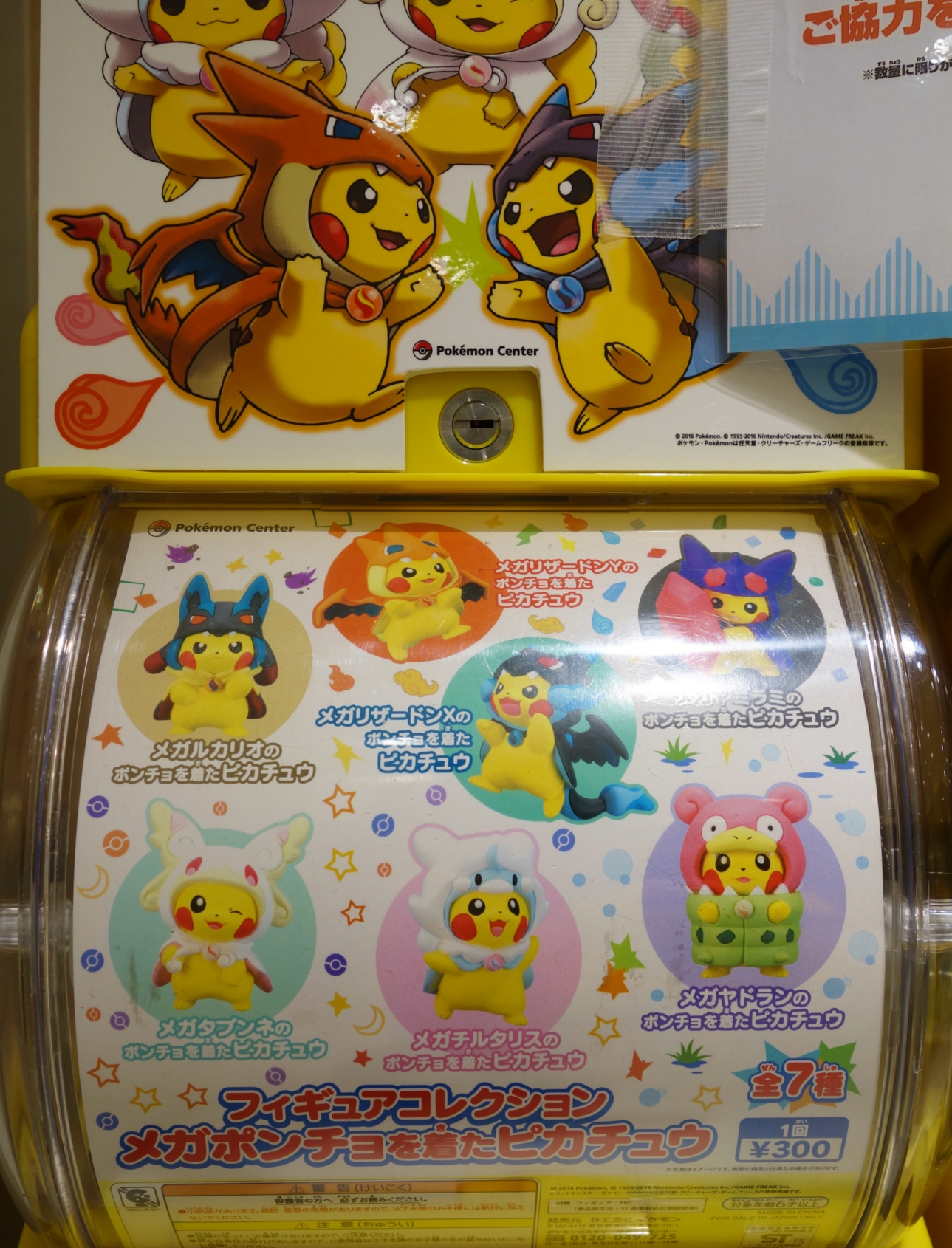 Plus anything else I do not already own that is not listed above that features the Mega Audino Pikachu, I want it. Flyers, Boxes, random flats, shirts, anything. 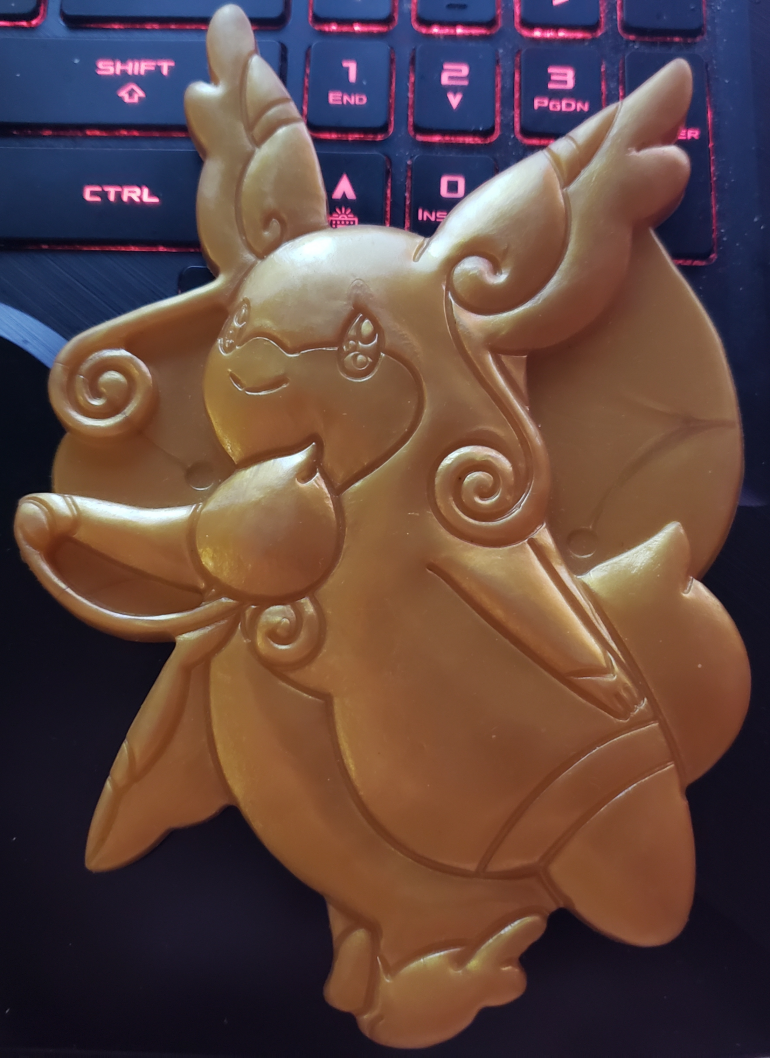 I am looking for all colors and sizes it could be available in. Unfortunately, it is unknown how many colors and sizes there are.
I know the following colors were available in the set Mega Audino was part of: Blue Glitter, Green Glitter, Copper.
If you know for sure if Mega Audino is or isn’t featured in any of those colors and/or any other sides, please let me know. Similarly, if you know of more colors and/or what sizes are available, please let me know.
Colors + Sizes gotten so far: Gold in an unknown size 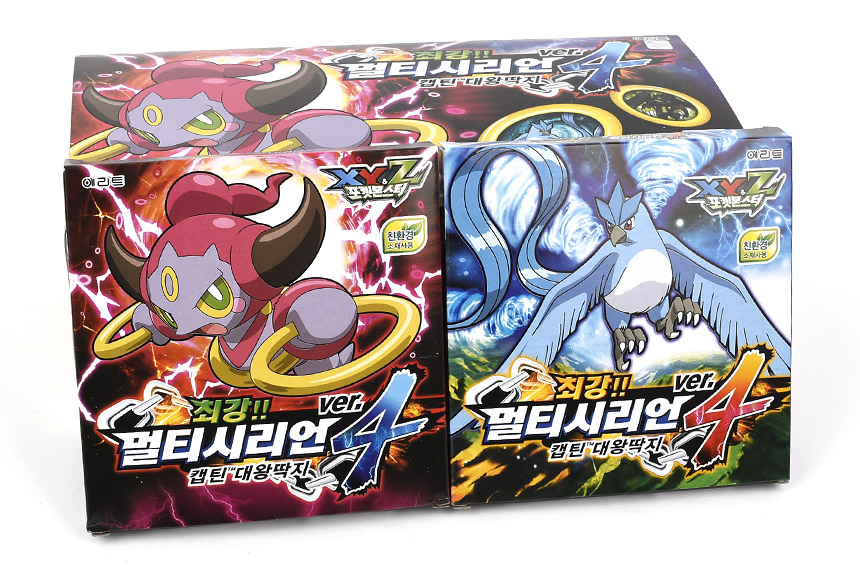 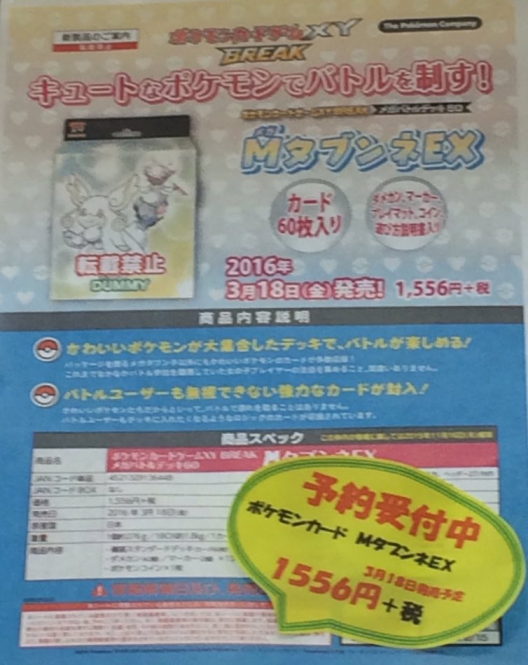 Besides the Mega Audino EX Battle Deck, Mega Audino has also been featured in the Mega Poncho Pikachu campaign, the Band Fes Halloween 2019 Campaign, and as a slight part of the Nymphia/Sylveon Girls Battle.

Things I’m trying to find more information on/Not sure if possible to get:

The Pokemon Omega Ruby/Alpha Sapphire National Picture Gude. I bought one (as you can see in the Misc. section), but one of the things that confounds me about it is the original cover that was shown for it: 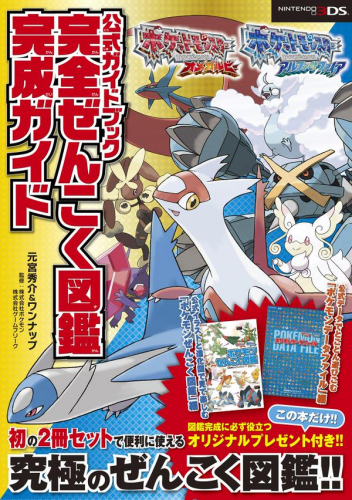 I don’t know why it was changed or if any books were actually released with it, but if there are any flyers or things that feature the original cover of the book, I’d be interested in purchasing them. 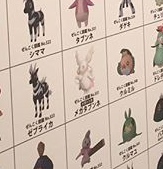 Pokemon Lab/Pokemon Research Institute (ポケモン研究所～キミにもできる！新たな発見～) Magnet from the Pokedex Gallery (ポケモン研究所のマグネット). There was one for every single Pokemon in multiple forms. I’m not sure what was done with them after the exhibit closed. It was held in both Japan and Singapore (though, I’m not sure if the Magnets were also there in Singapore). There were also Pokeballs (Regular, Great, and Ultra) that each contained a random Pokemon, though only the default form, along with an Observation Notebook to try and figure out which Pokemon you may have had from the list. The versions in Singapore also had the names in English. 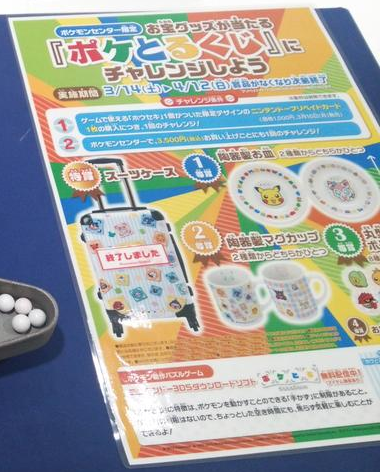 PokeToru (Pokemon Shuffle) Flyer that is shown near the lottery at the Pokemon Center to show all the prizes you can win. (March 14th-April 12th, 2015) 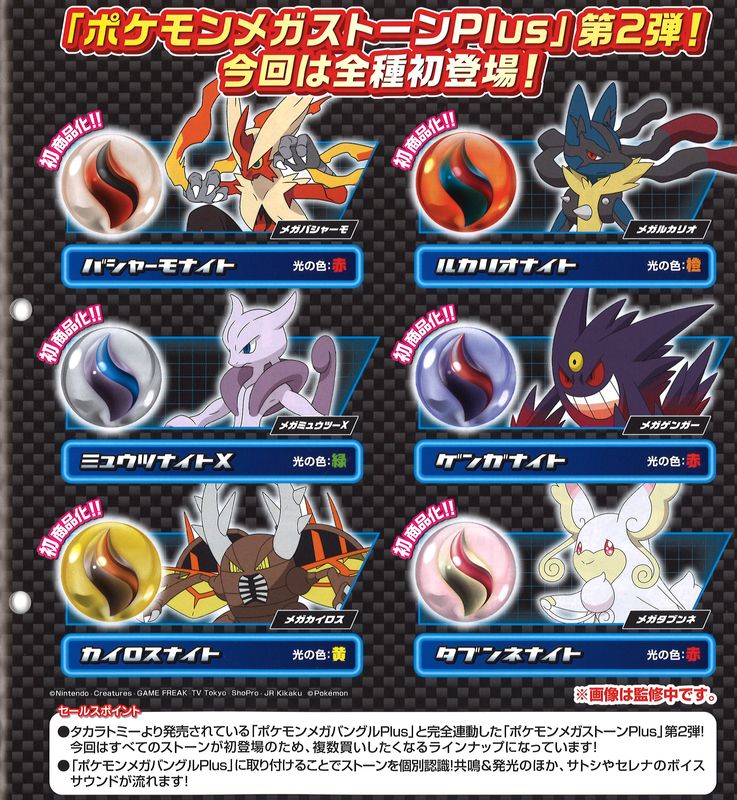 Looking for any possible flyers/pamphlets/displays like the above that show Audinite and/or Mega Audino if they exist beyond image documents.

Once again, if there is anything you see or know of for Mega Audino that I do not have, please let me know! You can contact me through the Contact form here on the site, on LiveJournal, Twitter, or Tumblr or Instagram.

These are essentially fun future commission projects I’d like to look into. While I’m not necessarily looking right now, I may still be open to discussing it! The List of Maybe one day

Plush Styles – *As mentioned above, I think these would be fun Plush Commissions to get at some point as there will never (or unlikely anyway) be an official version.

And the following, while not actually Pokemon Plush styles…

Statue/Figure Styles – A similar goal to the above!

Clothing – All with poorly done examples

Things I had been Waiting on that have become permanently MIA: 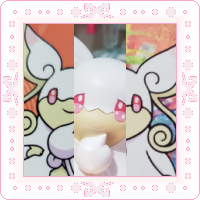 Angel Ears belongs to me as do my photos and Celina, my Pokemon Trainer OC.

Mega Audino and the Pokemon World belongs to the Pokemon Company, Nintendo, and Gamefreak.